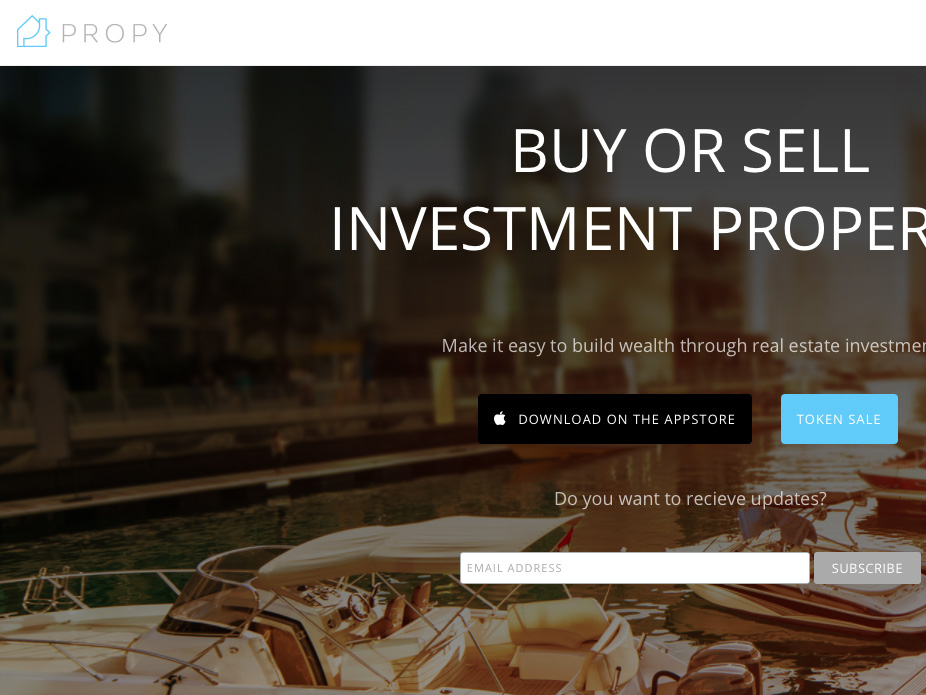 As digital currencies grow more popular, many observers have predicted there will come a time when major transactions like real estate sales will be done entirely online, down to the recording of property titles.

Enter Propy a startup based in San Francisco that is making real estate transactions on the blockchain a reality. The firm has conducted a transaction in which a cyber-currency was used to buy an apartment in Ukraine and the title was registered on a cyber-ledger.

The apartment buyer was Michael Arrington, the founder of online publisher TechCrunch, who also is an adviser to Propy. He remotely paid $60,000 for the apartment near the Dnieper River using ether for payment and “PRO” tokens, a new digital currency issued by Propy, for the registry fee.

The deal was registered on the ethereum blockchain although the title change was recorded the old fashioned way on paper, according to Alex Voloshyn, Propy’s chief technology officer. However, the deal broke new ground partly because the online and offline title recording processes were integrated under regulations adopted by the government of Ukraine.

Founded two years ago, Propy also serves as an online marketplace. The firm’s site has close to 1,000 properties listed in numerous countries and will connect buyers and sellers who want to do deals, often involving the brokers who list the properties, Mr. Voloshyn said.

Propy’s first deal was Mr. Arrington’s purchase in Ukraine. Future deals will use a combination of the traditional and the digital depending on the rules of the local governments.

Propy is focusing on parts of the world where regulations are being changed to recognize blockchain contracts. In the U.S., the state of Vermont has been moving in that direction and Propy hopes to do a deal there by the end of this year.

Proponents of digital currency say such deals can have numerous advantages over traditional ones. They are more transparent, less prone to corruption, more efficient and less expensive to transact.

Propy, which describes itself as a global property store and decentralized title registry, recently raised $15 million through the sale of PRO tokens. It uses the public blockchain network named Ethereum.

Mr. Voloshyn said it is difficult to say when real estate deals will be able to be done completely digitally without using any paper recording. But people used to speculate that it “could take five to 20 years to even start thinking about it,”.

“I can’t really tell you the date. But I think it’s going to happen much faster than everyone anticipated.”

Overstock to Open Exchange for..