PRICE OF BITCOIN SEEMS NOT TO BE INCREASING DESPITE ALL THE ... 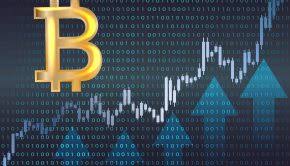 Back then, 3 years ago, one could remember when even the slightest hint on the new development would help project the price of digital coins higher. Right now, it seems not to be so. For example, the recent news published by Reddit to start accepting Bitcoin, should be an enough reason for Bitcoins price to go higher in just a few hours; Rumors of coinbase listing xrp should also help project the price higher a little, but it seems not to be happening that way.

There has been a whole lot of goodnews flowing in, which makes me feel like asking this question, why are prices not projecting to the moon or the stars at least, following the goodnews flowing in and out of the system? It was announced earlier this week that facebook would begin to promote crypto ad’s again after placing a ban on it, 5 months ago. At first, when the ban was placed, the news greatly reduced the prices of digital currencies at that time, in January this year. But when the ban was lifted by the company, no much improvement in the prices have been discovered, only a fluctuating movement was observed.

Another remarkable positive news such as the issuance of 250million USDT tokens by the ever-controversial stable coin, Tether. This should as well help plummet the price of Bitcoin and other alt. coins high, rather it keeps leaving the price to be a little bit stable for some time now.

Litecoin founder Charlie Lee, suggested that the changes will come but not immediately, in his words:

GENERALLY, THIS HAS BEEN A PRECURSOR OF PRICE GOING UP. TETHER GETS PRINTED WHEN PEOPLE DEPOSIT USD AND GET USDT BACK. THIS USDT WILL THEN BE USED TO BUY CRYPTO. THIS IS SIMILAR TO SOMEONE DEPOSITING $250MM TO EXCHANGES. OF COURSE, THAT DOESN’T MEAN THEY WILL BUY RIGHT AWAY. DYOR

With the current situation in the market now, it keeps me wondering of the market is heading to the permanent site or is it just a bad sign which will get behind us soon enough? Time is all we need to know the answer.