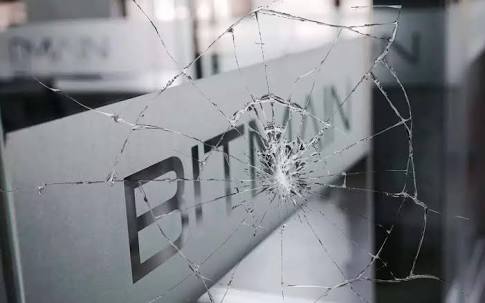 Investment research firm, Sanford C. Bernstein & Co., has released a report suggesting that Bitmain, a leading crypto mining hardware manufacturer, is losing its edge – an estimated 85% of the market for crypto mining chips – over its competitors in terms of production.

The analysts at Bernstein, led by Mark Li, say Bitmain’s dominance is being challenged by competitors such as Canaan Inc. and Ebang International Holdings Inc., which are also pursuing IPOs just like Bitmain. They also noted that the demand for crypto mining products has come under pressure this year after Bitcoin’s value got cut by more than half. The timing of this report’s release may not bode well for the Chinese company considering it is putting forward an $18 bln report

Also, ahead of its proposed IPO, Bitmain has introduced a Real-name Authentication process for interested buyers of its mining products. It cites “regulatory compliance requirements” and the process entails mining equipmemt buyers to provide full KYC documentation before any purchase. Though some say it’s normal in China, many have already been expressing their skepticism about the company’s request for personal information that will not be disclosed “to unauthorized third parties without your consent, except where required for the purposes of meeting government, legal or other regulatory requirements.”

While this may not have been an issue on a normal day, there are concerns that the introduction of this KYC procedure now is either linked to the IPO or be a form of government regulation. This adds to other several investor concerns that have marred the IPO as raised after Bitmain made its financial report available to the public recently. Supposed major corporate investors including Tencent have also denied their involvement in the Jihan Wu-led company’s proposed IPO.

BCash Possible Split
As a major investor in Bitcoin Cash, a fork of Bitcoin, a possible split on the BCash network is not what Bitmain may be looking forward to at this time. Yet, the sound of it is getting louder by the day. A new software has been released by leading Bitcoin Cash implementation, Bitcoin ABC, which includes implementation and activation of the Bitcoin Cash network with an upgrade to take effect on Nov 15, 2018. The team says Bitcoin ABC 0.18.0 upgrade represents the next step towards achieving the goal of “help create sound money that is usable by everyone in the world.”

While a split is still somewhat inconclusive, the disparity in focus between Bitcoin Cash and Bitcoin ABC could still be considered mild going by the tone as of now. A statement from the Bitcoin ABC website says:

“To become a solid base for application development and innovation, Bitcoin Cash needs to continuously improve and compete. At Bitcoin ABC, we are working diligently building a technical foundation to enable Bitcoin Cash to be the best money the world has ever seen.”

The opposing Bitcoin ABC team is led by Craig Wright who once claimed to be Satoshi Nakamoto.