Payment Channels And Side Chains Can Be The Solution To Bitc... 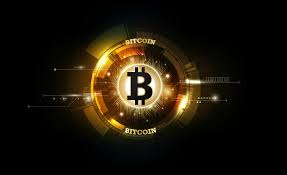 Adam Back, the CEO of Blockchain technology company Blockstream, in a ‘Let’s Talk Bitcoin’ podcast, discussed how the idea for Blockstream materialized. He also touched upon the early days of payment channels and how different people had the same ideas to scale Bitcoin via payment channels.

“The main area of technology that we were thinking of building and forming a business was around the concept of sidechain and Lightning Network hadn’t been thought of yet in detail.”

He said that he always wanted the company to revolve around the ideas of sidechain and explained how there was a “slightly less flexible and less efficient” variant of a payment channel that existed around that time. The payment channels in 2010 or 2011 were limited as they were unidirectional, so one would need multiple channels to communicate between people, he added.

Back explained that the functionality of the payment channel was unidirectional, after which the channel was exhausted. The receiver needed to create a new channel with the purpose of communicating with the sender.

“It could certainly be practical for repeat payments and because of limitations, people didn’t really focus on routing through it, and if they had, it would have been possible.”

The CEO explained the developments that were happening on payment channels. He mentioned the ‘Lightning paper’ [The Bitcoin Lightning Network] by Joseph Poon and Thaddeus Dryja and another paper ’Duplex Payment Channels’ [A Fast and Scalable Payment Network with Bitcoin Duplex Micropayment Channels] by Christian Decker and Roger Wattenhofferthey. He said that they were working on similar ideas at the same time without knowing it.

Back further explained the differences in the payment channels:

“I think the differences of the breakthrough of the channels is that they are reversible so you can send money back in the other direction and makes it interesting to do multi-hop routing.”

This breakthrough brought in recirculation of funds in a network indefinitely, as the payment channels were multi-directional. Back said that the scalability of the channel came down to how many transactions the channel could facilitate in its life cycle.

“But in normal usage if it [payment channel] is able to recirculate the funds stuck in a channel, it is an amazing feature from a sacalability perspective, because you get the same security promises as Bitcoin and a much better experience with immediate final settlements and better privacy as information doesn’t go on chain.”

SEC To Decide The Fate Of Bitc..