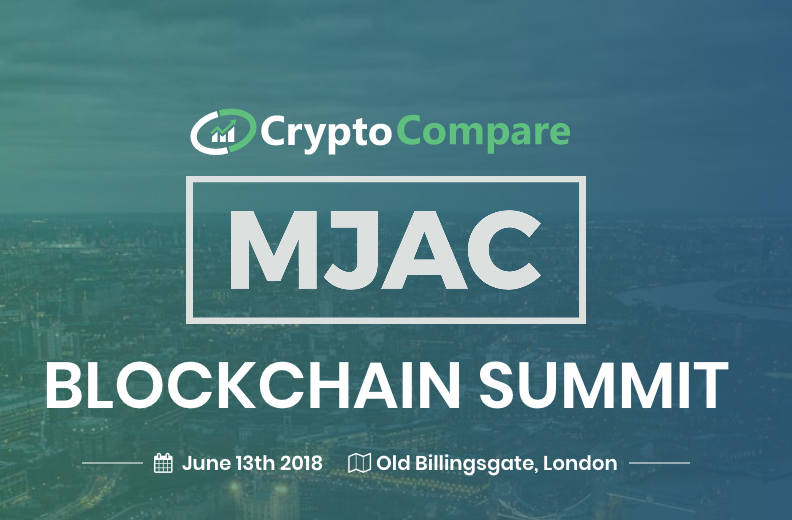 CryptoCompare, one of the foremost websites in the world for information on digital currencies, has teamed up with ADVFN and MJAC Disruptive Investment Conferences to bring the most exciting blockchain event ever to London.

Major players from the blockchain industry will be speaking at the summit and over 50 eminent companies will be exhibiting. The one-day event will include investment panels, business panels and presentations from the likes of Ripple, Coinbase, Coinfloor, Citi, VanEck, BlockEx, and BP Prime, who are Gold Sponsor of the event.

There will be an exclusive after show networking event, sponsored by Laneaxis, which will be open to all delegates.

CryptoCompare & MJAC London Blockchain Summit (www.mjac.io) will examine all aspects of the sector including:

Keynote speaker, Chris Burniske, co-founder of Placeholder Ventures, a New York firm specialising in cryptoassets, will be joined by the following confirmed speakers:

Speakers are being added daily and can be viewed at: www.mjac.io.

“With a wealth of prominent speakers and exhibitors, the summit is a must attend event for anyone wanting to find out more about blockchain technology or digital currencies,” said Michael Hannigan of MJAC. “We are delighted to be working with CryptoCompare – renowned in the industry – to bring the most exciting blockchain event London has ever seen.”

“It’s important to bring the highest calibre of individuals into the spotlight to showcase the industry for its true potential,” said Charles Hayter, CEO and Founder of CryptoCompare. “This event will allow industry regulators and their customers to see and debate the multiple facets of this exciting emerging ecosystem.”

To book tickets go to http://www.mjac.io and use code: COINDAILY to get your 30% discount.