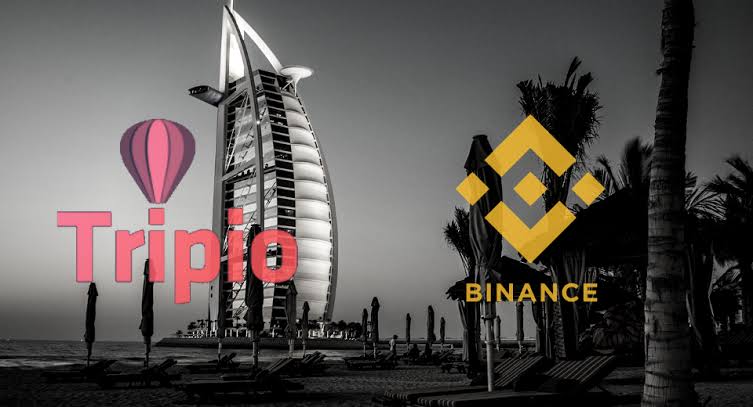 No one is against the fact that Binance firm has seen a major growth this year,  in terms of daily trade volume on its exchange, as well as global recognition. The company itself and the CEO has never stopped laying emphasis on why the world should use their native token (BNB) for worldwide transaction.

Recently, the Binance firm just secured a partnership deal with a hotel-booking platform based on the blockchain network, Tripio. This partnership aims to give BNB token hodlers the ability to book over 450,000 hotels as well as residential accommodations using the native token BNB.

The announcement was made official on a tweet published by Tripio’s team on the 4th of December.

【Breaking News】We are pleased to announce a strategic partnership with @Binance. From now on, more than 10 million users of Binance can make reservation for 450,000+ hotels worldwide using $BNB on Tripio. Thanks for the support of @cz_binance#blockchain #TRIO #Crpyto pic.twitter.com/A6kwgUsovO

At least with just this one merchant adoption, we can say that the blockchain is gradually securing a niche for itself in our modern day technology. It is definitely something we all should be happy about, putting aside the current bear in the market.