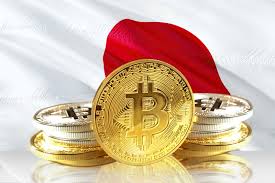 Around two months ago, Japan’s Virtual Currency Exchange Association (JVCEA) submitted a request for a license that would allow it to regulate cryptocurrency industry on its own accord. At the time, the application was sent to the FSA, the country’s financial watchdog.

Japan’s Financial Services Agency (FSA) replied that it would take two months to review the application and its potential implications, and the JVCEA awaited their response ever since.

Today, October 24th, it was approved, and the FSA granted self-regulatory status to the crypto industry. The move is very beneficial for the industry, and it will allow the JVCEA to bring new policies, as well as to sanction any exchange for potential violations of those policies.

The move was also highly sought due to the fact that exchanges are in need of closer scrutiny. At the same time, they still need to be allowed to grow and evolve to meet the needs of an evolving industry. From the JVCEA point of view, this decision will also allow it to protect exchanges’ users.

JVCEA: Formed after the Coincheck hack

Up to this point, the JVCEA was working on providing rules and regulations for the cryptocurrency industry of Japan, but their rules were not legally enforceable. The Association also stated its intention to help create cryptocurrency legislation in this country.

The Association is made of 16 officially licensed exchanges, and it was initially formed after the Coincheck hack, that stole around $530 million in NEM (XEM) from Japan’s former largest exchange. This is the first major cryptocurrency-related event in 2018, and it demonstrated the need for higher security.

Six months after the attack, in June, the JVCEA released their official regulatory guidelines, which included over 100 pages. The guidelines suggested several significant changes, such as the exclusion of privacy coins, as well as a limit on the credit that crypto exchanges are extending to their users.

The hack started a series of investigations of regulated exchanges, while the FSA itself raided Coincheck’s offices and seized their documents and computers. Since then, numerous exchanges received warnings regarding weak security, and requests to improve their businesses. As a result of the scrutiny, several companies had to shut down, but the FSHO is still the only one that was closed by the FSA, after receiving two warnings from the watchdog.

As for Coincheck, it rendered the stolen coins useless and promised compensation to users affected by the hack.

Even though Japan originally came up with cryptocurrency exchange licenses as early as April 2017, incidents such as the one involving Coincheck show that it is still far from adequately regulating the exchanges. Now, with a self-regulatory organization receiving official recognition, things are expected to improve.

Additionally, while the JVCEA is not the first self-regulatory organization in the world, its recognition still represents a big move for the future development of Japan’s crypto industry. Other such organizations appeared in other parts of the world, and their existence also aims to prove that the cryptocurrency industry is legitimate. Other than that, it also serves as proof that countries’ financial watchdogs are failing to address the new sector properly and that a separate organization is necessary.

Iceland May Become The Next La..