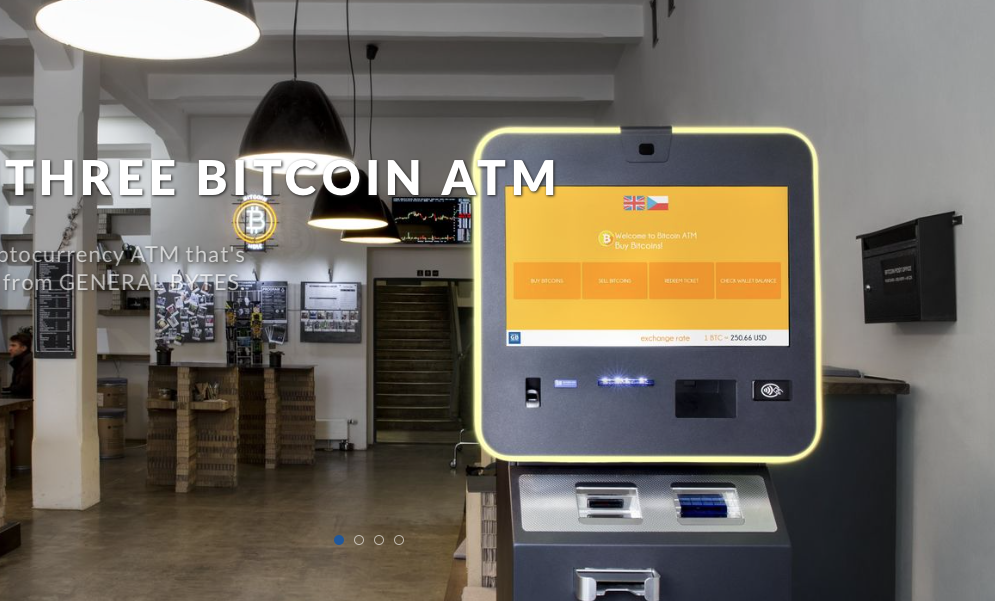 Over 136 Bitcoin ATMs (BATMs) were installed during January 2018, bringing the worldwide total to 2,181 as tracked by CoinATMRadar.com. This means that on average, 5 BATMs are being opened up every day. One more example of how the crypto ecosystem continues to grow, despite the depressing market sentiment at this time.

The United States is still the number one player in the BATM industry with 1,409 locations across the country. This is a steep 30% increase since October 2017. Canada and the UK are next on the list, with 340 locations and 109 locations respectively.

BTMs are beginning to pop up everywhere. Las Angeles has a total of 165 units, and New York has 127. They offer quick, easy access to anyone needing to acquire and use Bitcoin on the fly. Transactions are instant, but this convenience comes at quite a steep price, with Bitcoin purchase having fees of around 9%, while selling bitcoin has a fee of around 7%.

Until recently, fiat could be converted to crypto with nothing more than cash in your pocket. Personal details were unnecessary, and transactions could be made anonymously. This was great for innocent users to take advantage of, but it also allowed black market operatives easy access.

Most BATM manufacturers are beginning to incorporate identification features now to comply with increasing regulation. Operators may opt to disable those features but are often mandated to use them. Some locations are still able to be used anonymously, but generally a phone number is required.

BATMs remain the go-to resource for private transactions, however. Exchanges maintain an arsenal of client data, while BATMs do not. They help distance users from centralized banks and exchanges and keep private details safe. Anyone off-put by the phone number requirement can sidestep using a burn phone.

The confidence in the BATM market tells a different story than the exchange market. While currencies are subject to FUD and manipulation, ecosystem figures are immune. The best way to measure the health of crypto in general is to look at real usage, adoption, and infrastructure growth and this appears to be a very real growth story.

Bitcoin ATM installations have gone parabolic over past few months, and installations are now growing faster then ever, much like the bitcoin price in the run up to December. The following date has been sourced from CoinATMRadar.com.

Revenue and costs of running a bitcoin ATM

This is one of the most underestimated expenses items in this business. People (at least before) were concentrating on acquiring machine first without paying attention to legal framework, where they planned to operate it.

Regulatory base varies from country to country, e.g. in Europe mostly it is more relaxed than in the U.S. for example, but not everywhere. In Germany bitcoin ATM operators are basically similar to banks from licensing perspective. That is why Germany is a white spot on bitcoin ATM map.

There are several models to rent a location.

Sometimes (rare) it is possible to find a location for free, when usually a business owner shares positive view over bitcoin and wants to help spread adoption, on the other hand in this scenario business owner gets extra traffic at location and free online publicity.

Usually it is done both by own employees and by external services. Costs for external services are at $200-500 per month for a location. Cash collection is usually conducted weekly, but may vary depending on the activity of using any particular machine.

If cash is deposited to a bank — bank may charge extra fees for depositing funds (0.1-0.5%). International transfer to bitcoin exchange costs $40-50 per payment. Purchase of bitcoins for fiat currency will add extra 0.2-0.3% on top of price (exchange fees).

There are many different approaches here used. Usually if there are several machines operated by the same company they share a pool of liquidity both at exchange and in a hot wallet (read which settings different bitcoin ATMs support). This reduces amount of funds to be frozen in liquidity required for operation.

Proportion-wise operators reported distribution of liquidity funds between 50/50 (fiat on exchange and BTC in hot wallet) to 80/20 ratio.

So depending on type of machine, your set up and volume of operation, costs here might be $100-500 per machine per month.

Many machines are branded with custom wraps to make them look unique and visually different from other competing machines. It is a very important aspect and it was covered in the post on bitcoin ATM branding. Operators reported custom wrap costs in the range of $400-600 per unit.

Customization of software is supported by some manufacturers via backend, e.g. Genesis Coin gives easy tools to update home screen and other UI elements.

Before this moment we mostly talked about costs of running bitcoin machines. Let’s look at revenue side of the business. Here are some metrics reported by operators.

Many factors can influence the transaction volume, including the population density and bitcoin-awareness level. Of course, in highly-populated areas like NY machines will be used much more often than somewhere in the low population city.

While keeping bitcoin ATM map updated, there is a trend in behavior mentioned recently, when operators switch locations of ATMs. Previously it was mostly because location closed / owner didn’t prolonged lease, however, now it is more and more often when operator changes location, because it is not bringing enough volume and operators are searching for more profitable location. So generally operators know how much an ATM can bring realistically (based on other installations they have) and are trying to find optimal locations. Sometimes moving machine just couple of districts away changes usage picture drastically.

Many operators reported that a newly installed machine reaches its normal turnover approximately in 1-2 months. Which is not consistent with 6 months we wrote in another article in Volume section, which means after couple of month at a location it is more or less clear whether it is a good spot for bitcoin ATM or not, and if not it is a good idea to try to move it to another location.

Normally bitcoin ATMs are used for buying bitcoins with cash today, rather than selling. Operators reported the estimation of between 80/20 – 90/10 for buy/sell volume comparison.

Change in volume based on price fluctuation

Sell bitcoin to machines is not popular (usually ~10% of volume), while transaction size is higher than for buy orders. Some operators reported slightly increased volume in transactions at machine due to price increase happened in May-June 2016 (from no change in volume to 20% increase by others), however most of the volume increase or buy/sell ratio change was coming from increased sell bitcoin volume. The point here is that while share for sell transactions is low, in some periods it can increase, and it is good to cover this part of demand. So if you are planning to operate only one-way machines, we highly recommend to reconsider and to have at least several two-way machines (e.g. 1/3 of all your machines).

This parameter can be calculated based on volume and average ticket size reported above ($30000*0.9/175 + $30000*0.1/250 ~ 166 txns, or 5 txns / day). However, similar question was included into the survey and some operators reported it separately. The number reported is in 100-150 interval, with average about 130 transactions per month per machine, which is close to calculated value.