Facebook’s Own Cryptocurrency Won’t See the Light of Day Any... 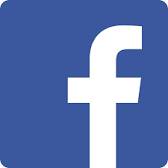 Various technology firms have made it clear that they aim to issue their own cryptocurrency or digital token. Telegram has done so, LINE will be doing so, and now Facebook is apparently getting “very serious” about their own cryptocurrency. Although this idea has been proposed in the past, it remains to be seen whether or not such a plan will bring any added value to the company.

Even though Facebook still remains a social network leader, the company has seen a fair few setbacks over the past few weeks and months. The current situation is not all that promising, especially in the wake of the Cambridge Analytica scandal. Recovering from such a massive problem is not impossible, but the company has a lot of explaining to do.

For its part, Facebook recently shuffled around some of its personnel. While internal restructuring is not all that exciting by any means, the firm has made it clear it plans to forge ahead with its blockchain division. Ever since that news broke, enthusiasts have been speculating as to what Facebook wants with blockchain technology and how it could incorporate it into its existing products and services.

Although we are none the wiser in that regard, a new report by Cheddar shows that incorporating a cryptocurrency into Facebook is one of the options actively being explored right now. Such rumors have existed for some time now, as Facebook has always made it clear that it could benefit from a native currency. With a proper blockchain division being set up, creating such a venture becomes far less difficult than most people might expect.

Leveraging the power of blockchain technology can be done in many different ways. No one is really surprised to find out Facebook – as well as other technology giants – would tap into blockchain’s financial aspect before looking into other areas. Despite the current speculation, it seems highly unlikely such a currency will materialize in the near future.

Up to this point, Facebook has not actively explored blockchain technology. As such, the company still has a lot of work to do, especially when it comes to developing, testing, and rolling out its own currency. That is, assuming there is any truth to these plans in the first place, which seems rather unlikely at this point. After all, the firm already has enough headaches to deal with, and developing a coin is not necessarily a priority at this time.

For the time being, the world will have to wait and see how the social media giant plans to handle blockchain technology. Although issuing its own currency is certainly possible, it is not a short-term goal by any means. Facebook first has to get back into people’s good graces prior to working on such a project. How it aims to do so remains to be determined.