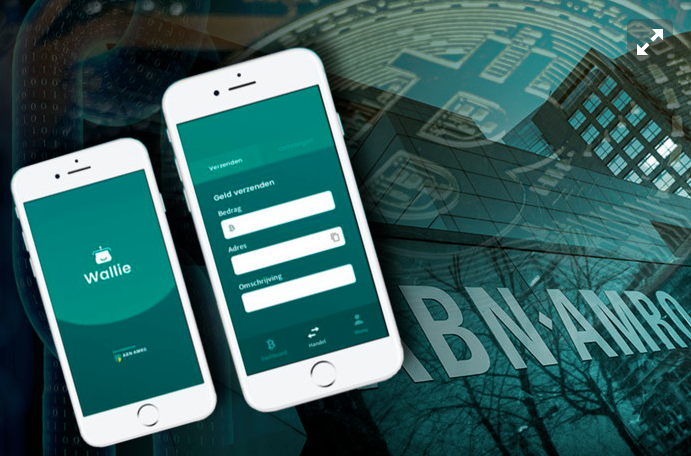 Dutch banking giant ABN AMRO is trailing a Bitcoin storage solution in the same online banking system it’s customers use for their day-to-day activities through a bitcoin wallet called ‘Wallie.’

ABN officials confirmed a trial was underway with 500 account holders on social media January 22. However, in a sign of the experimental nature of its Bitcoin integration, ABN’s official webpage on cryptocurrency still states the bank does not support it.

The move sees ABN first to provide direct Bitcoin tools out of the major Dutch banks, beating off competition from Rabobank, which had announced a similar project, ‘Rabobit,’ in February of 2018.

In its current form, the Bitcoin wallet constitutes something of a compromise; users will not hold their private keys, while the bank says it will provide insurance guarantees for up to €6,000 worth of funds. Rabobank had similarly surprised when it revealed its wallet plans, having also put out highly critical material on Bitcoin.

For many cryptocurrency advocates, however, even custody ‘solutions’ such as ABN’s cause frustration rather than celebration.

Many crypto enthusiasts argue custodial ‘ownership’ of bitcoin goes against the reason why Bitcoin was created in the first place: removing trust and middlemen from money. Consumers’ lack of control over their private keys, and hence control of their bitcoins, mean they are not actually embracing Bitcoin at all.

In this writers opinion it is up to individual owners of bitcoin to make a decision about where they store their bitcoin, but what cannot be denied is that this is what mainstream adoption looks like.