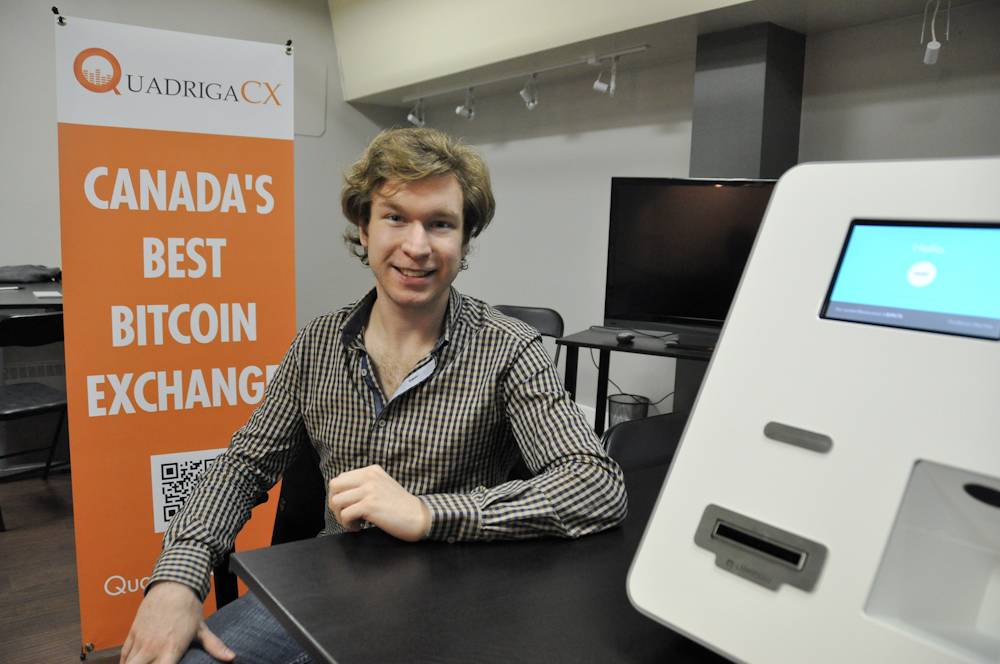 The largest bitcoin exchange in Canada, QuadrigaCX, has lost $190 million worth of cryptocurrencies after it lost the ability to access its cold storage wallets.

An affidavit filed on January 31 with the Supreme Court of Nova Scotia revealed that $190 million in Bitcoin, Bitcoin Cash, Bitcoin Cash SV, Bitcoin Gold, Litecoin, and Ethereum were lost.

The affidavit, was filed by Jennifer Robertson, the widow of QuadrigaCX founder and CEO Gerald Cotten pictured above in 2014.

The death of Gerald Cotten was disclosed by the exchange in early January. According to a death certificate included in the affidavit, Cotten passed away in India after suffering from Crohn’s disease.

In a shocking turn of events, Jennifer Robertson stated that Cotten was solely in control of storing user funds in cold storage wallets. In crypto parlance, cold storage refers to a wallet that is not connected to the internet and stored offline.

It is common practice for major digital asset exchanges like Binance and Coinbase to store a large portion of their funds in cold storage to prevent hacking attacks and security breaches. However, there is often a plan of succession, or a multi-signature system to ensure that the exchange can still withdraw funds under circumstances such as these.

In the case of QuadrigaCX, the founder and CEO was solely responsible for overseeing the funds, and since he passed away, no one could access the funds that he previously maintained.

“The normal procedure was that [QuadrigaCX founder and CEO Gerald Cotten] would move the majority of the coins to cold storage as a way to protect the coins from hacking or other virtual theft,”

Robertson has hired a consultant to attempt to decrypt the laptop utilized by Cotten to potentially gain access to the private keys to the cold storage wallets that kept QuadricaCX’s user funds.

The consultant has not found success in obtaining access to the laptop, and to date, the exchange has not been able to recover any of the funds that were lost.