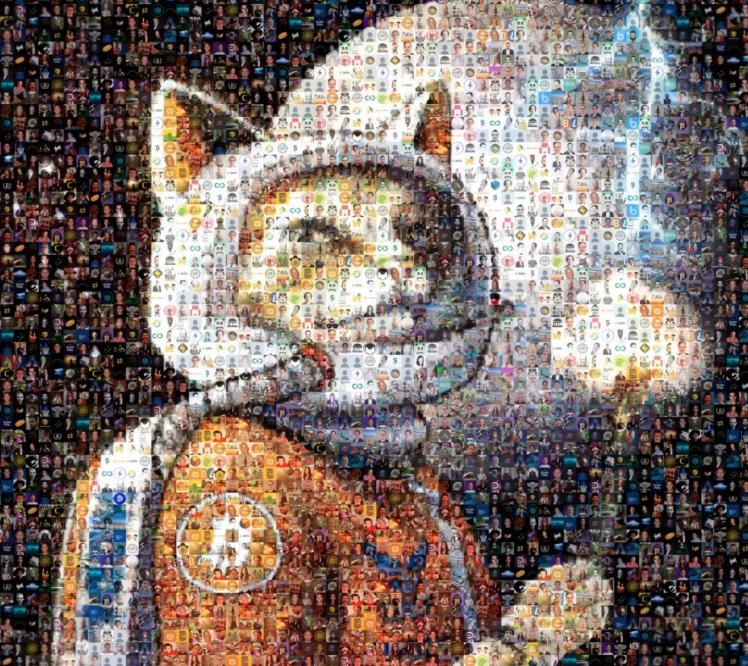 Update: After less than 24 hours, the #WeAreAllHodlonaut fundraiser has achieved over it’s target of $20,000 in donations for Hodlonaut’s legal defense. You can now also donate by purchasing Hodlonaut swag through the @BITCOINTELPRO store.

Craig S. Wright, the self-described Satoshi Nakamoto and Bitcoin SV creator has threatened to sue Hodlonaut, the creator of the Lightning Torch, for a series of tweets labelling him a “fraud” on Twitter. There is also an ongoing attempt to doxx Hodlonaut with a bounty being offered on the blog coingeek owned by Calvin Ayre.

These actions have served to unite the crypto community, especially on twitter with the hashtag #WeAreAllHodlonaut, to show solidarity with Hodlonaut and assist him with funding and legal help. Now with another prominent community member What Bitcoin Did podcaster Peter McCormack, being served a similar letter to Hodlonaut’s own, the threats to send out letters are being realised as the resistance grows.

(Update: Hodlonaut’s Legal Fund has been setup to counter the threats of Craig S. Wright https://weareallhodlonaut.com/ )

Following the forksplit of Bitcoin SV from Bitcoin Cash — and Wright’s continued insistence that he is Satoshi — the crypto community has been firm in its own insistence that Wright isn’t Satoshi and is vocally coming forward to prove it and offer support as shown by noted Bitcoin engineer Matt Corallo.

Tweets calling Craig S. Wright a “fraud” have become something of a meme in the community, inspiring hashtags like #CraigWrightisaFraud and earning him the title “Faketoshi”.

Wright has long threatened legal action against anyone who has labeled him a fraud on Twitter, and a letter that Hodlonaut received from Wright’s lawyers finally substantiates what was, for a time, just a looming threat.

In a series of legal letters shared by Peter McCormack, SCA ONTIER LLP., writing on behalf of Wright, demands that Hodlonaut retract his statements and apologise, or else their client will sue him for libel. The same letter has been sent to both Hodlonaut and Peter McCormack.

“We strongly suggest that you take legal advice upon the contents of this letter, which is written in compliance with the Pre-Action Protocol for Defamation applicable to the High Court of England and Wales,”

For the remainder of the letter’s first and second pages, the firm documents the tweets in question, which label Wright a “scammer” and call for “Craig Wright is a fraud Week” with the hashtag #CraigWrightIsAFraud.

“By tagging to [this] hashtag,” the letter charges, “you encourage your follows to view and contribute to that thread, which … is no more than a crude means by which our client can be abused and libelled.”

The legal firm then say that Hodlonaut’s “campaign against [Wright] has been sustained and systematic,” then falsely states that this is because Hodlonaut is a promoter of Bitcoin Cash. However, anyone who follows Hodlonaut on Twitter knows that this is clearly false, as he is an ardent Bitcoiner who has berated Roger Ver for attacking the integrity of Bitcoin with the Bitcoin Cash fork.

The letter asserts that, Hodlonaut’s claims that Wright isn’t Satoshi “has caused serious harm” to Wright. “The defamatory allegation,” it continues, has spread to Hodlonaut’s 8,000 plus followers — a “substantial portion” of which reside in its U.K. jurisdiction, the firm assumes.

The letter concludes with a series of demands. First, that Hodlonaut delete all of the tweets referenced in the letter (he’s done this under recommendation of his legal counsel, along with deleting his Twitter entirely); second, that he not repeat these allegations; and third, that Hodlonaut tweet an apology and appear in open court to apologize to Wright in person, acknowledging the “falsity of the allegations.”

Wright threatens to sue Hodlonaut on the grounds of defamation and libel if he doesn’t comply with the demands within seven days of receiving the letter.

This directive expired on April 5. The letter says that, if the demands are not met, then Wright will file for proceedings in U.K. court and Hodlonaut will be served in his home country of Norway. Hodlonaut’s address is not public, however, and while the letter threatens that it will “locate [him]” to serve the litigation, this will likely prove difficult.

CoinGeek, the cryptocurrency blog owned by Wright’s associate, Calvin Ayre, recently published an article that reiterates much of what the legal letter said. More seriously it also offers up a doxing bounty of $5,000 in BSV (this was enough for a whole bitcoin at the time but is almost half of that at the time of writing as price of BSV goes off a cliff) to anyone who can identify Hodlonaut by tattoos displayed in the few photos he’s posted online.

The article continues by asserting that:

“Hodlonaut and the other trolls are about to discover why ‘he who laughs last, laughs best.”

Calvin Ayre has renewed some of the article’s threats on Twitter and has insinuated that more letters will be served to others Twitter users soon.

In a show of solidarity and resilience, a community movement has been fomented to show support for Hodlonaut. Twitter users have instigated the hashtag #WeAreAllHodlonaut, an homage to the popular phrase We Are All Satoshi — and its variant “We Are All Satoshi (Except Craig Wright).”

The lawyer Preston Byrne has publicly declared that he is assisting hodlonaut pro bono. He has also remarked that donations can be made to support the legal expenses at https://weareallhodlonaut.com/

In another recent show of support the organiser of Baltic Honebadger event have declared they will support and protect Hodlonaut.

The had the following to say in a medium article:

In the past few days, we have learned that the upcoming Baltic Honeybadger conference was (without our permission) involved in a manhunt around a Twitter personality under the nickname @hodlonaut.

To be more specific, our greatest concern is clarified in this article:

Specifically with this quote:

“Also, @Hodlonaut has indicated his intention to attend the Baltic Honeybadger 2019 conference in Riga, Latvia on September 14–15, so anyone looking to collect the reward should keep an eye out for individuals who seem unnaturally focused on keeping their sleeves rolled down.”

Their article concludes with:

We are all Hodlonaut!