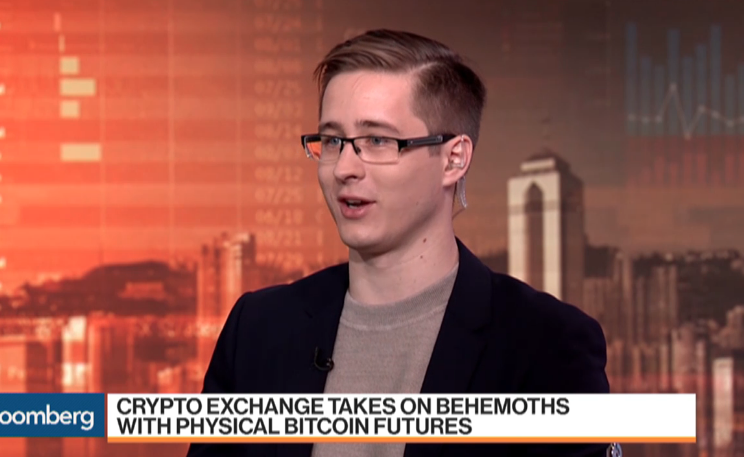 CoinFLEX plans to begin trading physically-settled Bitcoin futures to the Asian market starting in Feb 2019. The venture is a consortium with B2C2, Trading Technologies, and Alameda Research among others. As recently reported by Bloomberg, CoinFLEX plans to offer futures contracts for Bitcoin, Bitcoin Cash, and Ethereum. CoinFLEX’s offerings are physically-backed contracts like the forthcoming Bakkt by ICE.

While Bakkt is expected to start offering such contracts shortly and Eris Exchange LLC plans to follow soon after, the firm that says it was first to market will provide the derivatives on some of the largest digital coins to Asian retail investors beginning next month.

The platform started last year as CoinfloorEX, then a subsidiary of the U.K. exchange Coinfloor. The platform will now be called Coin Futures and Lending Exchange, or CoinFLEX. The venture is owned by a consortium including Trading Technologies International Inc., which develops trading software for brokers and money managers. Coinfloor, the U.K.’s oldest Bitcoin exchange, will also retain an equity stake.

Mark Lamb, a co-founder of Coinfloor, will be the CEO of the new business based in Hong Kong. CoinFLEX, will offer futures contracts for Bitcoin, Bitcoin Cash and Ethereum that can be leveraged up to 20 times.

The exchange will likely draw comparisons with, and seek to take business from, BitMEX, one of the largest crypto trading platforms, which also has a sizable presence in Hong Kong and was co-founded by former Citigroup Inc. trader Arthur Hayes. BitMEX offers leverage of up to 100 times on some of its contracts.

Still a key distinguishing factor in CoinFLEX’s favor is that all futures traded on the exchange will be physically-delivered, Lamb said in an interview. That means when the contracts expire, owners will be given the underlying cryptocurrency instead of a cash payment. That’s an important distinction in the largely unregulated markets where Bitcoin and other digital coins currently trade as some big players say the process for settling a contract in cash could be manipulated.

“Crypto derivatives could become an order of magnitude larger than spot markets and the main thing that’s holding back that growth is the lack of physical delivery. Volumes are reduced because of a problem of trust when it comes to cash-settled trades.”

Currently the daily volume of trading in the underlying crypto market is approximately equal to that in derivatives, at around $3 billion, said Lamb. In other markets, futures volumes can be 20 times larger, suggesting there is plenty of room for growth in contracts tied to digital assets, he said.

As part of its futures offering, CoinFLEX will make a big bet on Tether, one of the market’s most controversial tokens that has been dogged by speculation about whether its tokens are backed by the amount of dollars its founders have claimed. A Bloomberg News report last month that offered the clearest indication yet of Tether’s finances suggested such fears may be unfounded.

CoinFLEX contracts will trade against Tether (USDT), the most popular stablecoin, which is pegged against the U.S. dollar. Apart from Tether, CoinFLEX also plans to launch a contract that will trade opposite Circle’s USD Coin; another stablecoin.

Lamb highlighted the fact that U.S.-based crypto Bitcoin futures trading accounts for only a tiny portion of the market. Most of the global BTC futures trading takes place in the offshore and Asian area. The main reason for this disparity stems from the fact that markets like the U.S. remain highly regulated. Meaning that U.S.-based futures exchanges cannot compete with their counterparts based offshore, or in Asia. The CoinFLEX chief believes BTC futures trading doesn’t require the same level of stringent regulations like the spot trading market.

CoinFLEX will also be looking to compete with BitMEX, which has a sizeable presence in the region. Where the latter offers leverage of up to 100 times on specific contracts, CoinFLEX caps its offering at a leverage of 20 times. However, CoinFLEX will not come into direct competition with a platform like Bakkt. This is because it is incorporated offshore, allowing the platform to offer its product to a more global market.

Jihan And The fall Of Bitmain