Co-Founder Of Alibaba Business Group To Retire At The Age Of... 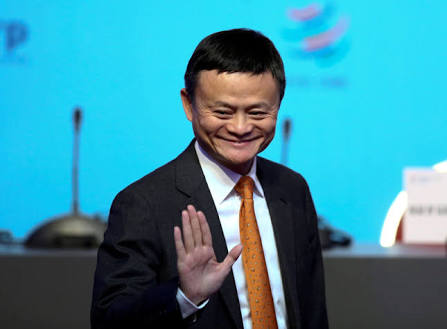 Jack Ma, the richest man in China, co-founder and executive chairman of Alibaba Business Group, in a speech yesterday with a local source interviewer, announced to the public of his intention to retire from the firm he co-founded.

In his speech, Jack Ma said:

I am planning to step down from the Chinese e-commerce giant on Monday to pursue philanthropy in education, a changing of the guard for the $420 billion internet company.

My retirement is not the end of an era but the beginning of an era, and I would be spending more of my time and fortune focused on education. I love education.

This coming Monday, The multi-billionaire will turn 54. That same day is a holiday in the country which marks “teachers day”.

However, Mr. Ma was an English teacher in his youth days, started Alibaba Project in 1999, nurtured it until it became the one of the world’s most consequential e-commerce and digital payments companies, transforming how Chinese people shop and pay for things. His net worth is estimated to be more than $40 billion, making him the richest man in the country. Lot of Chinese citizens look upto Jack Ma as a role model even to the extent that some had his portrait in their homes to worship in the same way that they worship the God of Wealth.

The company’s current chief executive Daniel Zhang, was elected into office in the year 2013, but Jack Ma still stood as the front figure of the company ever since even till this moment of his retirement.

Even though lot of people look up to Jack Ma as their role model, Jack also look up to Bill Gates as an example. Mr. Ma however, took into consideration the fact that he cannot be richer than Gates and at the same noting that he could retire earlier than Mr. Gates who stepped down as Microsoft’s chairman in 2014, at the age of 58.