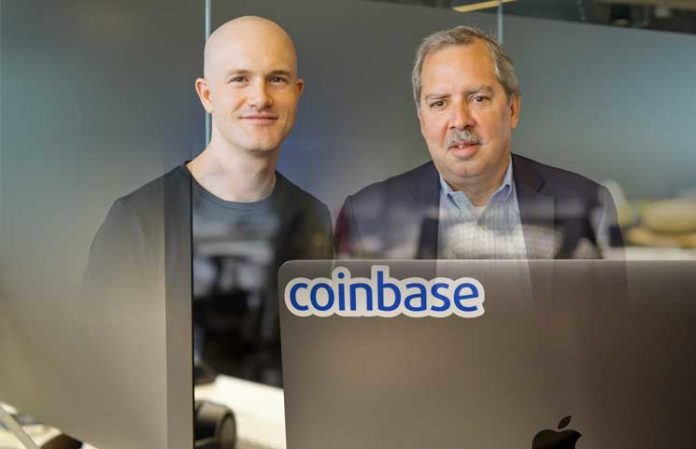 Dodds will be reportedly contributing to Coinbase’s expansion in terms of its financial services capabilities, apart from being added to the exchange’s board of directors. Dodds previously held various leading financial positions in corporate development, treasury, financial planning and analysis. Dodds worked at the Charles Schwab Corporation as VP of Corporate Finance and Mergers and Acquisitions, as well as a treasurer.

In his announcement, the Coinbase CEO stated that Chris Dodds brings deep knowledge, world-class leadership skills and significant accounting and financial experience with him. He further added in the Coinbase blog that Chris’ extensive expertise will be an asset to the exchange’s leadership team as it focuses on scaling its business.

Apart from his new role in the Coinbase cryptocurrency exchange, Dodds served as the Charles Schwab Corporation’s Corporate Controller. He also worked as the Chief Financial Officer of the company from 1999 until 2007. He eventually transitioned into the role of a Director for Schwab Bank in 2007 and joined the Board of the Charles Schwab Corporation in 2014, where he serves as the Chairman of the Risk Committee.

TEMCO, A Blockchain Startup In..