BTC Markets Dip while Bitcoin Cash is Pumped to $4000

BTC Markets Dip while Bitcoin Cash is Pumped to $4000 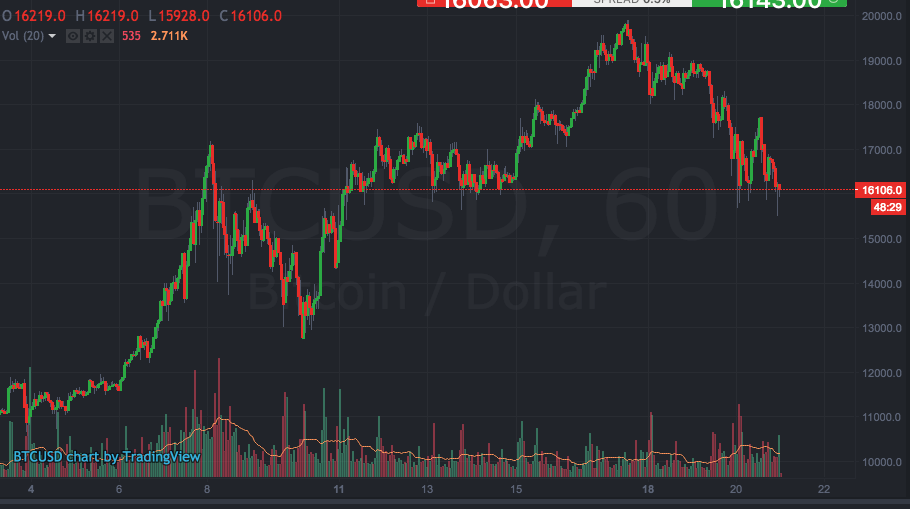 As expected Bitcoin (BTC) has dropped from all time highs of around $20,000 while many alt coins such as litecoin (LTC) and ethereum (ETH) have surged in value. Bitcoin Cash (BCH) has experienced a dramatic pump recently, gaining over 100% against USD in just three days. As of this writing, BCH is consolidating at approximately $3,800 after breaking above $4,000 for the first time ever.

The bitcoin cash rally, however, has not occurred without controversy. Earlier today, Coinbase and Gdax announced the introduction of full support for bitcoin cash, seemingly out of the blue. The markets launched in “post-only mode” – meaning that traders were not able to execute orders that were not immediately matched, which was intended to give the opportunity to for liquidity to fill the order books of the new markets in order to restrict dramatic price volatility. An hour later, Gdax removed the “post-only” restriction, leading to a sharp price spike caused by demand for BCH exceeding supply. Coinbase quickly reacted by reinstating the “post-only” restraints two minutes later, citing “significant volatility” as the catalyst for the decision. Before BCH trading was halted an hour later, Gdax posted a price high of approximately $9,500 USD.

Gdax later announced that its Bitcoin Cash markets are scheduled to resume at 9 am PT on December 20th. Since relaunching, the BCH pairs have been restricted to “post-only mode,” with the restrictions expected to be removed in the next hour. Speculation has emerged that the secrecy surrounding the introduction of the new trading pairs may have created the potential for Coinbase and Gdax employees to engage in insider trading leading up to the launch.

Coinbase has responded to accusations, stating that the exchange:

“maintains a strict trading policy and internal guidelines for employees. Coinbase employees have been prohibited from trading in Bitcoin Cash for several weeks.”

During the last 5 days, the price of bitcoin has dropped by approximately 20% across major exchanges, after setting a new all-time high on the 16th of December. On Bitfinex, the price established a new record high of $19,891 USD, before dipping to test support at $15,700 earlier today. Bitstamp has seen slightly more conservative price action, setting a top of $19,666 and a local bottom of roughly $15,800 USD. Coinbase saw among the most aggressive price action, dipping from a high of approximately $19,850 by roughly 30% to the $14,000 area. As of this writing, bitcoin is trading for approximately $16,050.