Bitmain, The Hardware Mining Agent Plans To Conduct An IPO For Cross-Border Investors 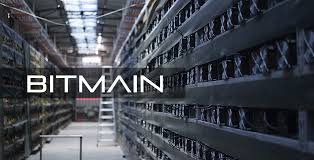 News reaching us today states that crypto mining hardware Giant, Bitmain is planning to conduct an overseas initial private offering(IPO), this was made public by the co-CEO of the firm, Jihan Wu.

The announcement was however made in June when Wu announced that his firm wants to sell off it’s denominated shares in the U.S dollar so as to allow early backers to cash in funds.

And email with unnamed source resembling that of Bitmain’s, broadcasted the firm’s financial worth before the IPO to be around $1 billion net profit during the 1st 3 months of 2018.

The email includes Bitmain’s target to hit $14 billion, which is about 17% higher than the $12 billion figure attained in the series B, June funding round, the email also includes the firm’s net margin in 2017 to be $1.2 billion.

The same firm was reported to have raised between $300- $400 million from the subsidiary of Sequoia China, U.S hedge fund coatue and Singapore based governmental investment fund EDBI. Not counting the $50 million it raised from it’s series A fund round in September last year.

Towards the ending of June, the firm came out to prove it’s fair and transparent cryptocurrency ecosystem relating it to it’s quick response in the shipping of it’s mining hardware around the globe.

Gibraltar United Plans To Use ..