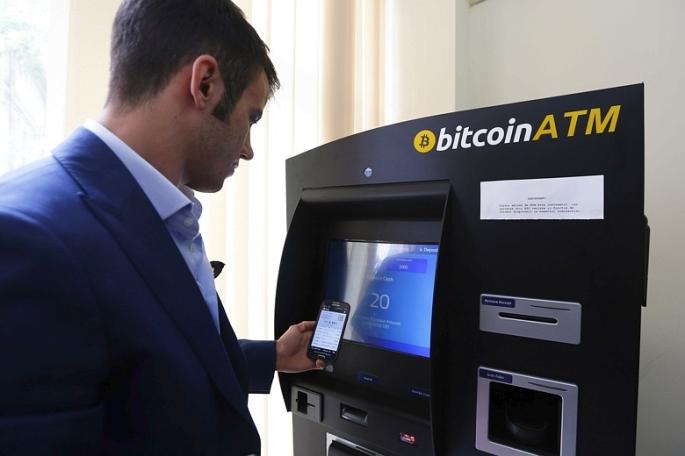 People in Sacramento are increasingly turning to bitcoin exchanging dollars for the cryptocurrency and they are using Bitcoin ATMs to do so. There are currently 10 Bitcoin ATMs in Sacramento. and Mario Fantoni owns four of them.

“For Sacramento, Bitcoin is becoming our thing,”

Before you can get Bitcoin, you need a wallet to keep it in. A wallet, in this context, is a tool for storing the electronic ledger of your Bitcoin. It can be either hardware or an application that can be on your mobile phone, or your laptop or desktop computer. However, it should be noted that buying Bitcoin from an ATM is more expensive then using an online exchange like Coinbase, or Kraken.

A miner is someone who creates new Bitcoin by solving complex equations generated by the Bitcoin network.

Rick Plant is a Bitcoin miner. He set up his operations in his mother’s kitchen.

Plant networks his computer with a group of other miners. Every 10 minutes, the Bitcoin network generates a fantastically-hard equation. The prize for solving it is Bitcoin.

“No one’s going to figure it out except the computer, and it takes a really long time to get the number right,”

China mines a vast majority 70 to 80 percent of Bitcoin, according to Fantoni:

“These are not people sitting at home on their computer,” he said. “These are large warehouses. People live in there. They have thousands of computers.”

The computers work so hard and generate an enormous amount of heat. They have to be cooled constantly.But what Plant thinks is cool is the idea of money that’s by the people and for the people.

“I guess it’s just, anti-bank. And nothing to do with… it’s decentralized so there’s no central authority over it,”

“We have to be very smart about that. It’s where the world is moving to. Some have talked about, ‘You can’t breach it,’ but we have had instances where it’s been breached,”

Fantoni says he doesn’t really know yet what that future will look like, but he says that’s part of the fun.

“You just expect because you are big, and you are powerful, you will survive. Well, we don’t have dinosaurs for a reason — because the climate changed. So imagine a technological climate change. It’s happening in the financial world and with taxes, with power. And the government and the banks and the people that don’t adjust to that change will follow the fate of the dinosaurs.”

Your Old Men Shall Dream Dreams