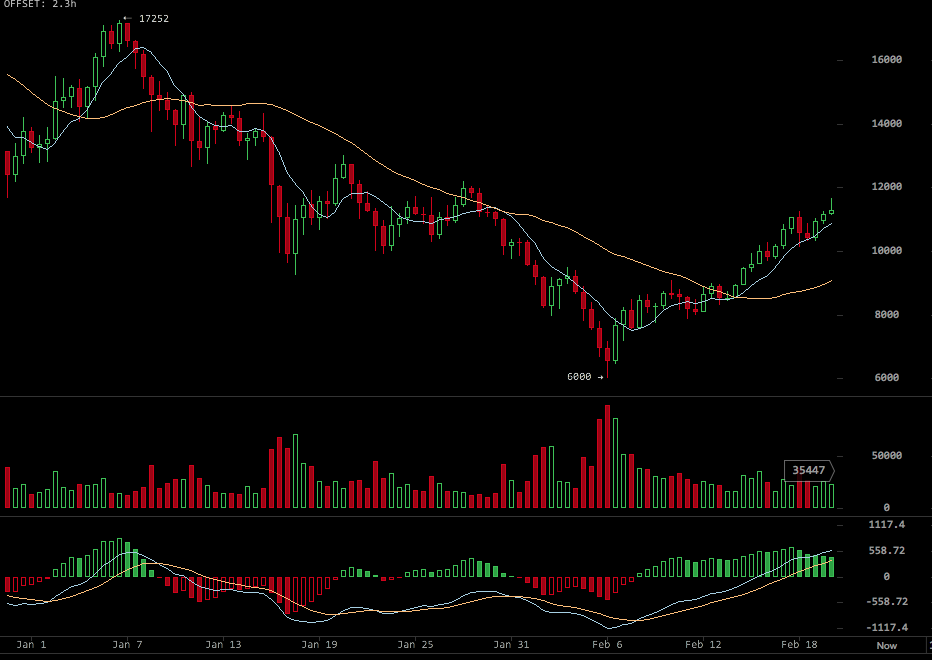 The price of bitcoin continued to surge on Tuesday, with the number one cryptocurrency extending recent gains and is now almost up 100% since the low of early January. This comes after South Korean regulators indicated they will actively support what they called “normal” cryptocurrency trading.

Choe Heungsik, governor of South Korea’s Financial Supervisory Service, told reporters he wants to see normalised trading of digital assets, and said the FSS is making efforts to do that. Bitcoin rose 3.7 percent to $11,470 at 8:34 a.m. in London, heading for a one-month high, according to prices on coinmarketcap.com. At the time of writing the price was at $11,381. The move takes Bitcoin to almost double its recent low of $5,922 on Feb. 6, while altcoins also advanced, with Litecoin jumping 8 percent. Cryptocurrencies had plunged across the board through much of January due to various factors including profit taking, selling to cover taxes and concerns that regulators would crack down on the fledgling industry, but it seems that the price bottomed out after some positive Senate testimony from SEC and CTFC officials in the US and finalisation of regulations in South Korea. “South Korea did not ban Bitcoin. We’ve now gone up almost double in the last few weeks, and I think a lot of this is people coming around to the fact that Bitcoin trading isn’t going anywhere.”

Establishing a real-name account system and money laundering guidelines will be among the FSS efforts to normalize crypto trading, according to Choe.

“People are seeing governments are not out to ban crypto trading,”