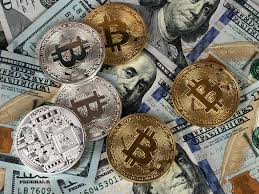 Bitcoin made another small upside breakout, closing above the top of a small triangle consolidation pattern visible on its short-term time frames. This took price up to the mid-channel area of interest on the ascending channel that’s been holding since last month.

The 100 SMA is above the longer-term 200 SMA to confirm that the path of least resistance is to the upside. In other words, the uptrend is more likely to resume than to reverse. A pullback from the upside break could still find support at this dynamic inflection point.

Stochastic has some room to climb before hitting overbought levels, but the oscillator already seems ready to head south so Bitcoin might follow suit. In that case, a retest of the broken triangle top or the bottom of the rising channel around $6,400 could be seen before the climb gains traction.

RSI is also turning lower without even hitting overbought territory, which suggests that sellers are eager to return. A break below the $6,400 support could still push bitcoin on a downtrend while a continuation of the climb could take it to the channel top around $7,000 next

Bitcoin is able to benefit from the pickup in risk aversion these days as the decline in stocks is leading traders to look into alternative higher-yielding assets like cryptocurrencies. Keep in mind that Google has reversed its ban on bitcoin and ICO ads, so there may be stronger interest in these posts from regulated entities targeting audiences in the US and Japan.

However, Bitcoin is encountering some headwinds on news that Coinfloor in London is looking to cut some of its staff in response to changes in trade volumes these days. This is one of the oldest Bitcoin exchanges around, so their adjustments could have significant repercussions for industry outlook. Still, many believe that the bullish momentum would continue to pick up, especially if the SEC approves the bitcoin ETF applications.