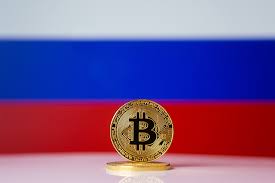 Despite the looming bans on Bitcoin Mining, Russia has decided to legalize its operations in the country, thereby making digital currency to gain more popularity all over the world .

Many people see bans on crypto mining as a hindrance to entrepreneurship not knowing that it is simply a measure taken to protect, enhance, and stabilize the natural, historic, cultural and electrical resources of that geographical area.

Some time in March this year, all mining operations was put on a halt or suspended in Plattsburgh, New York city due to the overload induced on its electrical resources at the detriment of the residents who paid for the electricity.

However, all the firm’s, persons, corporations or other entities that were involved in the mining operations before the ban were penalized for their actions. They were asked to pay a thousand dollar($1000) on a daily basis.

RUSSIA IS A ‘HOTSPOT’ FOR MINING PURPOSES

The region of Siberia located in Russia is known to be a ‘HOTSPOT’ for Bitcoin Mining and for general mining purposes as Russia’s central bank legalized the mining of cryptocurrencies only one condition which states that the miners would sell their coins outside the country. Now tell me who would not agree to this condition?

Earlier this year, the first deputy governor of Russian bank tried to make the miners understand that selling the coins outside the country doesn’t really mean that they would not pay the taxes imposed on cryptocurrencies.

SOLO-MINING IS HIGHLY PROHIBITED IN RUSSIA – SEE WHY

Minery, a company in Russia that engages in crypto mining activities recently announced its intention of establishing 5 different mining complexes with 55 megawatts as it’s total capacity on a 59,000 square foot site within the Irkutsk region. Meanwhile, the company has started working hand-in-hand with Bratsk Electrical Grid Company JSE, the regional power supplier, in order to achieve their goal.

Solo mining(i.e home mining) is however not supported as the Russia’s central bank deputy governor believes that it will create nuisance to those around the world, not to mention safety hazards. SOLO mining is considered as an illegal activity in Russia and is believed to be a liability rather than being an asset. It is so because (1). Individuals who engage in solo mining are those who are fond of using electricity they did not paid for (2). They use the land that is supposed to be used by the area residents for their selfish purpose(solo mining) (3). In the process of solo mining, equipment are Being smuggled across the state lines and international borders.

Ilya Bruman, co-founder and CEO of Minery company stated that the reason for banning solo mining is to build a comprehensive infrastructure that will provide efficient, powerful and a stable electricity supply for the legal investors, ensuring smooth operations in their mining business.