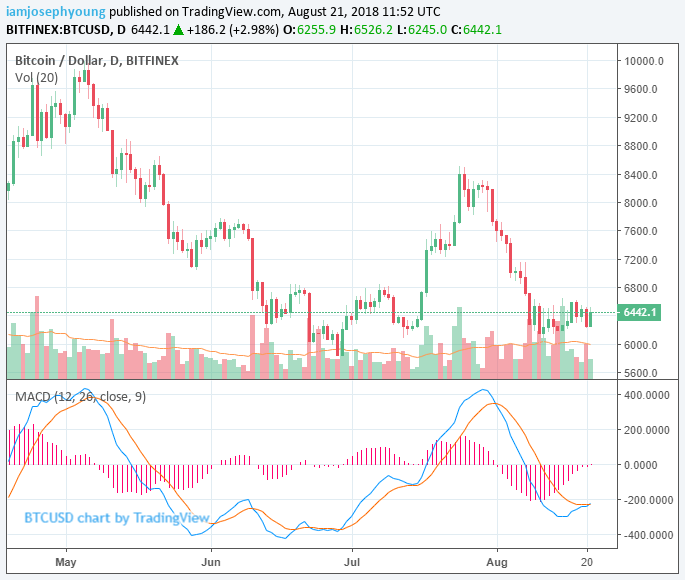 In the crypto world, it has always been a tradition for Altcoins to rise whenever Bitcoin price rises or becomes stable. The opposite is the case right now. The mother of all coins have been in a stable condition for quite some while now but the ‘Alternative Coins’ have been observing major losses this time around.

Today being the 21st day of August, the largest amount of losses have been recorded on Altcoins. The Past 24 hrs of crypto trading has showcased 5-15% loss against both the US dollar and Bitcoin in Altcoins like; Tezos, Kin, Ark, Basic Attention Token (BAT), and Aelf (ELF).

Bitcoin on the other side have been displaying characteristics of the stable coin (tether). Earlier last week, the currency have been trying to maintain the $6400 mark, even up to this very moment (currently trading at $6461). Bitcoin recorded a 0.2% gain today, while other other major cryptocurrencies like Ethereum’s Ether, Bitcoin Cash, Ripple, and EOS recorded losses.

The token market has had a tendency to take after the value pattern of Ethereum, Ripple, and EOS in the previous couple of weeks, and the 5 percent decrease in the cost of EOS was reflected by the battle of tokens all through the previous 48 hours.

On August 18, tokens appeared to recoup, as Ontology, VeChain, Aelf, ICON, and other vast market top tokens recorded 30 to 70 percent picks up against the US dollar. Be that as it may, in the previous two days, a large number of the tokens have erased their increases against Bitcoin, demonstrating an absence of momentum and volume.

Sanford C. Bernstein and Co. A..