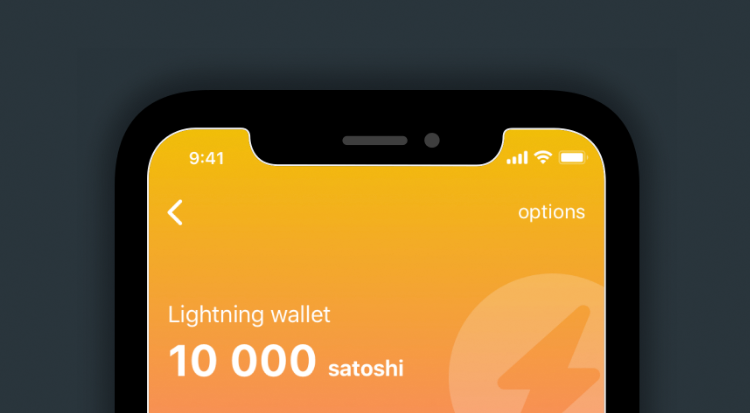 Bluewallet recently announced on Twitter that users can send Bitcoin Lightning payments on their mobile device.

Now that the wallet app supports generating invoices and thus, receiving Lightning Network (LN) payments on your mobile device, this could be the beginning of a revolution in online payments.

While you control the BTC wallet’s private keys, the LN part is custodial by default running Bluewallet’s LNHUB+LND. However, if you already have your own LND node, you can run LNHUB software yourself (it’s open-source) by entering your URL in the Lightning wallet settings.

Bluewallet makes setting up a wallet very simple and you have a choice between a regular HD (hierarchical deterministic) wallet or SegWit. You can also import an existing wallet using your seed. Creating the Lightning wallet is also very quick.

Users have an option to encrypt their wallet’s privet keys with a single password. By comparison this is similar to signing up for a new Gmail account which makes the entire process very easy and familiar, especially for those new to Bitcoin.

For added security there is a novel feature called ‘Plausible Deniability’. This allows you to create a ‘fake’ storage in the case of having to divulge your password under duress. 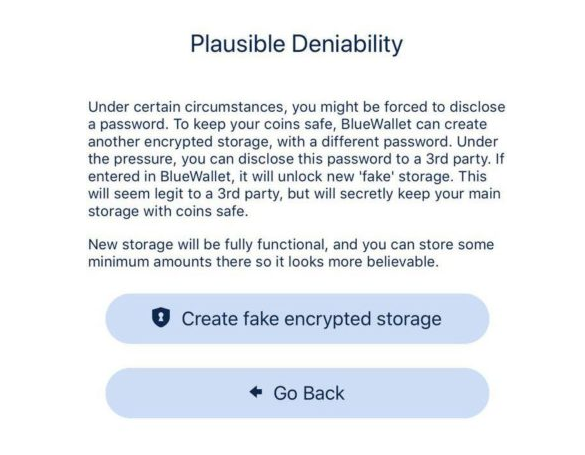 The Lightning Network (LN) is growing rapidly and now boasts over 5,000 nodes with over $2 million USD in capacity. The arrival of a new generation of mobile wallets gives a glimpse into the future of online payments. Before the arrival of LN, Bitcoin could only handle around 7 transactions per second (tps), far too slow to compete with a payment system like VISA that can handle over 40,000 tps.

LN promises the ability to process millions of transaction per second and also enables sending fractions of a cent to anyone anywhere. This will speed up Bitcoin adoption and there are other elements of this technology that could be revolutionary.

Micro-transactions will introduce new ways of monetizing digital content and services. New forms of online revenue streams that we cannot even image yet could come into being. Innovative online business models that can challenge the status-quo dominated by Facebook and Google censorship prone, advertising based systems.

Bitcoin Appears On The Front P..