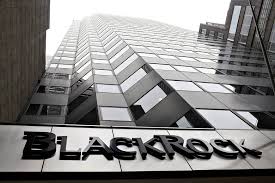 Most digital currencies, if not all is currently in it’s green state, following the data from coinmarketcap, which proves that almost all digital currencies has recovered by 9% increase from the tragedy which lasted for the past few weeks.

The sudden shoot in price is connected to the participation of the 6.3 trillion dollars company, Blackrock, in the crypto market. Blackrock is the world’s largest provider of exchange traded-funds( ETF). Not too long ago, precisely, 16 hours ago, it was published on cointelegraph news website that “Blackrock eyes Bitcoin futures”. It is not even up to a day this news was published and we have seen such a massive change in the prices of digital currencies.

According to reports from the financial news, the company, Blackrock, began assessing potential involvement in Bitcoin few hours ago. Bitcoin is currently trading at $6703 as at the time of filling this report, the top 100 coins by market capital are also seeing significant growth, to this effect.

The mother of all coins is 6% above the 24-hour period to press time and has gained almost $250 in the space of few hours this morning, hitting a peak of $6703. However, the currency is still down by one and a half percent and is yet to rally over it’s highest price of $6800, which it saw earlier this month on the 8th day of July.

Eth, the second on the list, is still trading at $474 over the past 2 hours, it has seen over 6% GAIN in the past 48 hours. However, this particular one is still below it’s normal trading rate acquired earlier this year, with it’s weekly and monthly losses still at 1.25 and 4.8 percent respectively.

The top 10 coins by marketcap has seen an impressive gain over the past few hours, however, this does not include Tether(USDT), the stablecoin as it still maintain it’s red, alongside four other coins, thereby constituting the only coins that are still in their reds(from the top 100 ranked crypto assets).

EOS, however still remaineth the strongest performer on the top ten list as it sees a massive 8.55% gain, trading at $7.83 as at press time.

Other notable coins that have also seen gains in this period are stellar(XLM), Cardano(ADA) and IOTA(MIOTA). They all seen gains ranging from 7-8% over the past 24 hours, according to CMC.

Total market capitalization now reads about $269.7 billion as at press release gaining over $12.7 billion on the day, but it still below it’s intra-weekly high of $274.7 billion attained in the early hours of July 10th.

MORE BANKS AROUND THE WORLD SH..