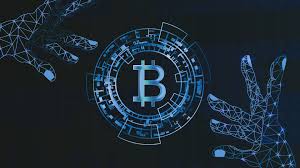 Perhaps the most important participants in this are computer programmers. Bitcoin’s scripting language and recent inventions like Ethereum’s even more advanced programming capabilities have opened a whole new world of possibilities for developers. It’s important to note that Bitcoin is a fully open-source project.

You can see its complete source code here. There are literally hundreds of developers constantly adding and submitting new feature proposals to it. This open-source nature, constant improvements and the sheer value that is on the line make Bitcoin probably the best-tested piece of software ever created.

“We found that the best predictor of a cryptocurrency’s exchange rate is the amount of developer activity around it,”

The importance of developer activity in justifying the market value of cryptocurrencies like Bitcoin has been evidently portrayed by Bitcoin Cash in the past month. In September, a group of companies led by ViaBTC executed a hard fork to create Bitcoin Cash, an alternative version of the BItcoin blockchain which is not limited to block size caps.

With the support of Bitmain, arguably the most influential and largest Bitcoin mining manufacturer and pool operator in the industry, Bitcoin Cash was expected by the cryptocurrency community to compete with Bitcoin in terms of market cap, hashrate, and user base. But, within less than two months since its launch, Bitcoin Cash has struggled to demonstrate an increase in its market cap.

At the time of reporting, the market cap of Bitcoin Cash remains at around $5 billion, 50 percent less than that of Ripple, the fourth largest cryptocurrency in the market.While network effect has been the major factor that allowed the price and market cap of Bitcoin surge at a rapid rate over the past few months, Bitcoin has sustained the most vibrant and active development community in the global cryptocurrency market.

“Nothing shows the real value of developers like cryptocurrencies. It’s not the whole reason for coin market caps, but a large part of it.”

The analysis of Song and Vergne can be applied to Bitcoin, which has been able to maintain its position as the largest and most valuable cryptocurrency since its introduction in 2009. Over the past eight years, the Bitcoin open-source development community has seen some of the most experienced and talented developers who have contributed to sustain the Bitcoin network and provide innovative infrastructures for businesses and users.

As seen in the Bitcoin Cash hard fork, the value and the market cap of cryptocurrencies do not depend on the hash power of blockchain networks. Instead, it tends to depend on developer activity and the demand from users, investors, and traders.

INSTITUTIONAL INVESTORS WILL B..

The Solution to The Mortgage M..