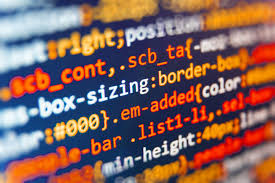 Binance has announced that they removed the existing API keys due to a “precautionary security measure”. This followed after a blog post by Binance stating that the exchange will halt trading, withdrawals, and other account functions for “system maintenance”.

“Due to irregular trading on some APIs, Binance will remove all existing API keys as a precautionary security measure.”

Earlier today, Syscoin [SYS], a top 100 coin, saw a hike of close to 80% before dropping down. Further reports show that this was due to a single trade on Binance, where one Syscoin was bought for 96 Bitcoin [BTC] for a price of 6.23 million dollars.

The coin was trading at around 0.00004 BTC before beginning trading at 96 BTC. Syscoin’s co-founder, Sebastien DiMichele commented:

“My understanding is that yes, Syscoin was sold for 96 BTC per unit at one point today. We saw massive bot activity, our community let us know that they were having trouble with deposits at Binance.”

User CRNBTC on Twitter noted that one of Binance’s hot wallets have become active again. He said:

“7000BTC moved out of @binance hot wallet after the syscoin api pump. binance has not issued any withdrawals since.”

“We are investigating a possible issue on the Syscoin blockchain, nothing is confirmed but we have asked for exchanges to halt trading while we investigate.”

The blockchain explorer of Syscoin shows that over 1 billion coins have been mined in one block. The block number 87670 shows that the “value out” parameter is of 1,237,899,268.6 Syscoins. This is unusual, as the total number of possible SYS tokens is 888 million.

Jamesonn Lopp, a Bitcoin developer, said in a statement to Hard Fork that the mining of many coins falls under breaking monetary supply rules. He stated:

“Breaking the monetary supply rules for a cryptocurrency can’t be accomplished via a 51% attack; this indicates that a flaw has been found and exploited at the protocol level. It’s likely similar to the buffer overflow vulnerability that was exploited in Bitcoin in 2010 that allowed someone to create 184 billion BTC.”

The occurrence of these 3 events in concurrence caused many on Reddit to theorize, with user UsualHumor saying:

“Mine alot of $SYS. Send $SYS to Binance. Set very high sells vs. $BTC. Hack Binance API. Use $BTC of Binance users that use API to buy $SYS. Take over $SYS mining power to prevent rollback of chain. Hope to get $BTC out of Binance.”