Billionaire Investor To Take A Dip Into Crypto

Billionaire Investor To Take A Dip Into Crypto 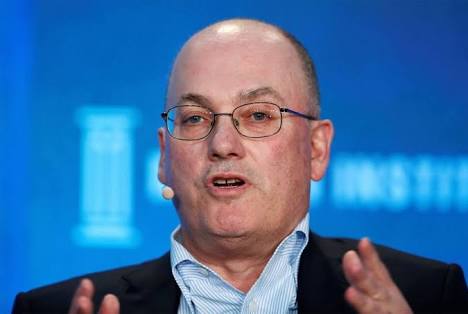 According to a Fortune article published July 12, Cohen has invested in cryptocurrency-focused hedge fund Autonomous Partners through his VC firm Cohen Private Ventures.

Autonomous Partners was founded last December by Arianna Simpson, a venture capitalist with a history in the bitcoin space, including a time at bitcoin wallet startup BitGo. Her crypto fund has already secured investments from big names including Coinbase CEO Brian Armstrong, Union Square Ventures and Craft Ventures.

While the size of the new investment was not revealed, it’s not the first time Cohen Private Ventures has invested in Simpson’s projects. In 2015, her venture fund, Crystal Towers Capital, also received an investment from the firm.

Simpson told Fortune that Autonomous Partners is currently concentrated on smaller, “next generation” cryptocurrencies, though it invests to some extent in major cryptos like bitcoin and ether.

She also suggested that among blockchain’s many use cases, two were not in doubt:

“It’s still up in the air if people want to do a number of thing on the blockchain. We’re still figuring out what needs one and what doesn’t. But It’s clear they want to trade, and they want to play games.”

Her primary concern in the nascent space appeared to be regulation – a reason she will not touch XRP in case the U.S. Securities and Exchange Commission rules it a security.

“I think the whole space is still waiting for a bit more clarity,” she told the news source.

Cryptocurrency-focused hedge funds have rapidly grown in number over the last year as entrepreneurs have moved to satisfy the increasing demand from traditional investors.