AirSwap Decentralized Exchange Has $1 Million in Transactions on First Day 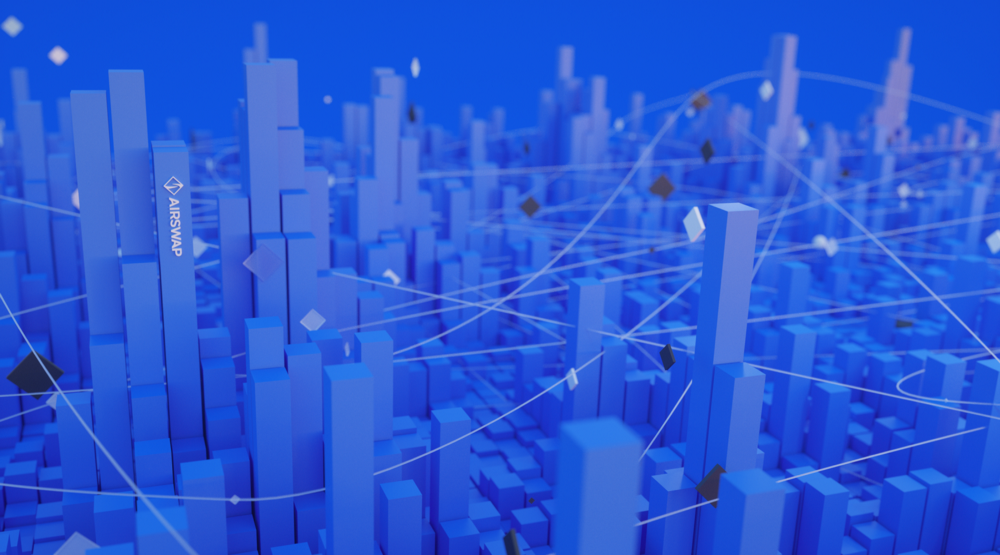 U.S. based start-up, AirSwap, has created a decentralized exchange where users can carry out peer-to-peer trading of virtual tokens. It uses smart contracts on the Ethereum blockchain to pair up buyers and sellers automatically, eliminating the need for a central authority to match trades. They have a great start with more than $1 million in transactions on its first day of operations.

The people behind AirSwap have serious players in the crypto ecosystem. The New York-based company was co-founded by Michael Oved, a former trader at high-frequency trading firm Virtu Financial Inc. and Dan Mosites Don Mosites, a product designer, and full stack engineer with more than a decade of experience building products for Google, Zynga, and other companies. They are both Carnegie Mellon graduates. AirSwap’s advisers include Joe Lubin, a co-founder of the Ethereum blockchain, and Michael Novogratz, the CEO of cryptocurrency merchant bank Galaxy Digital.

AirSwap is a virtual currency market with no central gathering place for buyers and sellers so that participants can maintain complete anonymity. Users find each other by posting what they want to trade on bulletin boards on AirSwap’s website and through smart contracts on the Ethereum blockchain.

“As millions of assets come online, it’s difficult to know where they are and what’s available for trade. Blockchain today is where the web was before search. We’re fixing that.”

“What’s novel about that is there’s no New York Stock Exchange or Nasdaq in the middle, setting rules. That’s cool, we haven’t seen that before.”

AirSwap is no the only decentralized crypto exchanges, but it  is unique in that it is almost totally hands-off.

“AirSwap does not manage, or ever touch user funds. AirSwap works simply as a software platform for discovery of peers with whom users can swap tokens on a peer-to-peer basis through ethereum smart contracts. There is no central exchange hub or clearinghouse. The transactions are negotiated peer-to-peer, and then the swap is executed and cleared on the ethereum blockchain.”

This decentralized approach will enable AirSwap to escape the government crackdowns that have happened in various countries, most notably in China.

“It’s impossible to shut down. You don’t even need an account. People won’t even know Chinese traders are on the system.”

The other appeal of decentralized exchanges is that they are much more difficult for cyberhackers to attack and steal any user funds as no user fund are kept on the exchange. Overall AirSwap seem to have created a platform that works very well with an excellent UI. The killer app here is that traders can complete P2P trades in a secure environment, while retaining access to their cryptocurrencies throughout the transaction process. This project is certainly one of the most exciting and will likely be one of the success stories of 2018.