A Survey Indicates Promising Future For Cryptocurrencies In ...

A Survey Indicates Promising Future For Cryptocurrencies In Higher Institutions 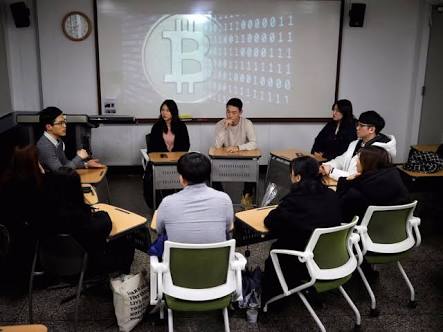 Way back, the cyberspace was used by higher institutions, academicians  and students to equate research before publication. The future of Bitcoin and other cryptocurrencies looks promising after a nationwide survey commissioned in the United States by cryptocurrency known as Coinbase. The study was conducted by Qriously.

BITCOIN HAS ATTRACTED INTEREST IN THE UNIVERSITY

The research was conducted across top universities in the United States in which 675 students were interviewed. 18% of the students agreed to have owned cryptocurrency in the past. The figure has doubled the rate of the general population. This is an indication that bitcoin adoption is upscale.

The survey revealed that 21 of the US top 50 universities now offer at least one class on blockchain technology or cryptocurrency. Still, at least 11 colleges offer more than one. After the course catalogs of the top 50 universities got reviewed, the report stated that cryptocurrency classes are not only taken by computer science students. They are also made across a variety of departments including finance and anthropology.

Students nowadays are seen to spearhead the technological industry. Besides they could be behind the mass adoption process. Speaking to Coinbase, Bill Maurer, the dean of the School of Social Sciences at the University of California Irvine said:

According to Coinbase, Stanford University is a prestigious institution offering most Bitcoin and cryptocurrency courses. And most of the learners with a diverse set of majors have shown interest to take cryptocurrency classes. 34% of computer science and engineering majors have signaled to learn of the nascent cryptocurrency. 47% of all social science majors, on the other hand, are also interested in the same.

Blockchain and cryptocurrencies courses are also on the rise in other universities as well. The New York University Stern School of Business recorded a wonderful curiosity.

This survey is coming at a time after a warning was issued by the Chief of Coinbase. The adoption of Bitcoin could take some time. Those with degrees in computer science are likely to enjoy experienced Bitcoin, he stated. Most digital currencies are on the market and ready for adoption. Most publications are reporting that Bitcoin has an avenue of paying for good and services. This is likely to be the case in the coming days and students are going to play a significant role in this.

David Yermack who works in the finance department as chair at the New York University Stern School of Business said, 35 students, enrolled when a blockchain course was introduced in 2014. The number was, however, eight less than the typical school elective. The number rose to over 230 by spring. This forced Stern to move his class to the biggest chamber.

As per the Coinbase report, universities like Stanford, Georgetown, and Cornell are pulling up their socks on blockchain research opportunities to accommodate the rising interest.

The rate of students who are investing in cryptocurrency is rising by the day. Only five universities out of 18 offer blockchain courses around the world. The number will soon increase with the rising demand for Bitcoin and other cryptocurrencies. The best part is that American learners are the ones leading the margin. As it stands, everything is looking fine.

Bitcoin has proven to be reliable and that it can scale high. Compared to other legacy systems and cryptocurrencies; they have had reliability obstacles. The last time Bitcoin had a severe outage was in 2013 when the blockchain was irregular for a few hours.

Skills Related to Crypto are Marketable and Desirable

The crypto broader market has led to the increase in interest in education surrounding the blockchain technology according to Coinbase. Cryptocurrency skills are on demand and for this reason; experts in this field have an easy time to find jobs after graduation.

Coinbase has also reported being on the hunt to recruit college students and recent graduates. The entire process will take place throughout this academic year. Note that the popularity of coins is making students develop the interest in the digital currency. The student got distinct skills which will boost Bitcoin and other cryptocurrencies.

Even though Bitcoin has made considerable improvements, this is fascinating, to say the least. It is a matter of time before we can tell or see how this will happen. It will be, however, essential for experts in this field to take charge and guide students into the future. As of now, the circulating supply of BTC by market capitalization is $115,469,409,886