A New Decentralized Browser for the Web

A New Decentralized Browser for the Web 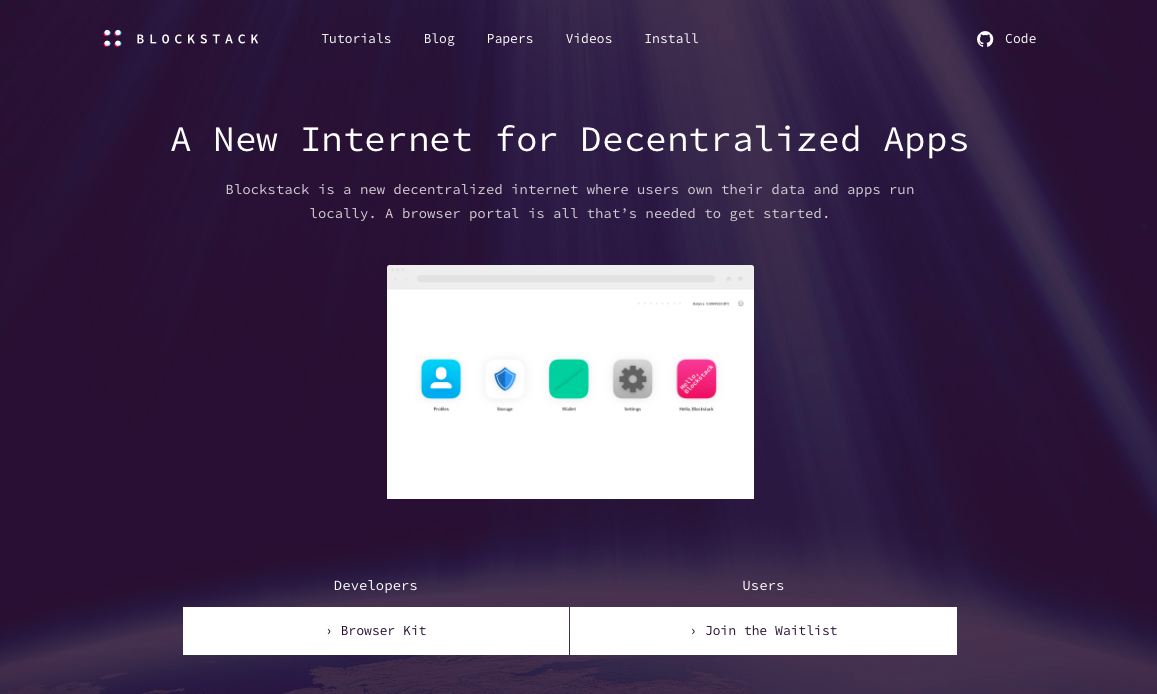 The privacy dream held by many, and dashed against rocks of monitising visitor traffic by selling their browsing data to advertisers, may now be realised with birth of a new decentralised web browser launche. Instead of Google, Facebook, Twitter or LinkedIn owning your data, imagine a world in which you control the data about yourself and reveal only what is necessary when required.

Last month Blockstack, which has $5.5 million in funding from AngelList cofounder Naval Ravikant and Union Square Ventures, released a browser add-on that enables that and more.

The first version of the Mac and Linux/Windows add-on, which works with any browser such as Chrome, Safari or Firefox, is for developers to use these tools — decentralized identity, storage and payments — to create consumer-facing apps. While other blockchain startups are tackling each of these areas individually, Blockstack has a stack of solutions composed of each of those major parts.

“This platform is a full stack, and it’s ready. It’s not an idea, this is the moment where developers can actually start deploying decentralized applications right now, today, and we’ve made it simple for them to work with the stack so they can focus on the user experience.”

The add-on enables a browser to store the user’s identity information by a local key on the consumer’s device. (If they lose their key, they can get their identity back via a backup phrase, plus there are other protections such as requiring multiple keys to change the identity.)

While other decentralized data storage systems actually have pieces of the data stored on multiple computers, Shea and Ali believe that architecture can slow down the system, whereas their system still gives users the performance of a centralized data storage system with the decentralization, privacy and user control benefits of blockchains. Their system uses a data layer that enables a user to store other kinds of data in traditional data services like Dropbox but in an encrypted form so the service has no visibility into the data. Also, users can prove whether or not the service has tampered with the data.

In the Blockstack white paper, Shea and Ali write, “Anyone can create a namespace or register names in a namespace, as there is no central party to stop someone from doing so.” In another part of its stack, the company has already gotten 72,000 new domains to register on its system, called the Blockchain Name System (BNS) (as opposed to the Domain Name System, DNS, currently used to manage domain names).

The names of stores on OpenBazaar, a kind of decentralized eBay-like network where buyers and sellers connect directly to each other without a corporate entity in the middle extracting fees on either side, use Blockstack names.

Blockstack, which has so far resisted incorporating a token, has now changed course and will launch a token as a mechanism for spam protection and for access to the network. While the current network uses the bitcoin blockchain underneath, Shea and Ali believe a token will help insulate Blockstack from the volatility of the public cryptocurrencies, such as bitcoin.

The use of a token makes BlockStack the latest in a slew of existing blockchain companies who, as the trend toward crowdfunding via token sales has taken off, have belatedly decided to add tokens to their platform.

Shea says by adding their own token, not only do they separate their system from the economics of the underlying blockchain (they currently use bitcoin), but they also make it easier for Blockstack to switch to other blockchains if need be. For instance, right now, big fees on the bitcoin blockchain have made it a less attractive option to other companies. However, Blockstack is able to batch transactions so as to keep its costs down.

Shea and Ali said they would release more details on their token, such as its name, when or how they would sell it, at a later date.

What Happens to Bitcoin After ..